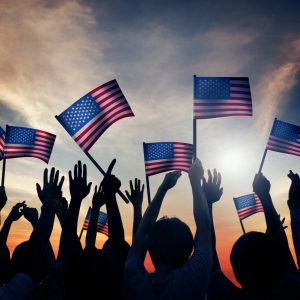 Now that Joe Biden is the official President-elect there arises a question of where we go from here. To begin to address that question I think it's worth taking an astrological look at what happened with Trump and what he symbolizes for us collectively.

Trump's rise and fall is symbolized by the transition from Leo to Virgo, which is the transition from power to humility. As Trump was campaigning for president in 2016 his progressed Sun crossed his Leo Ascendant, which also makes a conjunction to the fixed star Regulus (nicknamed the "heart of the Lion" because of how it is situated in the constellation Leo). Astrologers give a lot of significance to conjunctions of the progressed Sun, especially if a fixed star is involved. For Trump to have it crossing his Ascendant and Regulus is a symbol of rising to a great destiny. But hidden in this symbol, hanging quite heavily above his head, is an astrological Sword of Damocles.

In August of 2016 Trump's progressed Sun moved away from his Leo Ascendant and entered the sign of Virgo. This already is a symbol of the king undone. The progressed Sun takes 30 years to change signs, and Leo is the showman, the performer, the king. Trump had 30 years of showing himself off and grabbing whatever power he could. Indeed, the year his progressed Sun first entered Leo, 1985, was the year his book The Art of the Deal, which propelled his public career, was begun. But once his progressed Sun left the king’s court and entered the peasant fields of Virgo in 2016, his power began to wane. Despite how everything looked on the surface, as soon as he became president his power to control his reality was greatly reduced and he was firmly walking, at times even running, upon the road to defeat.

Moreover, just a few months prior to his election, Regulus itself moved out of Leo into Virgo. Consider that Regulus takes roughly 2100 years to move through a sign. This has implications far beyond Trump, but Trump has become the carrier of this cosmic transitionary energy, which could be summed up as “the king is dead, long live the peasants.” Trump’s defeat and humiliation is the formal representation of the cosmic symbol, of the archetypal king dethroned and forced out into fields of poverty.

We might also remember the “Great Eclipse” of August 2017, the path of which crossed directly over the United States, from Oregon to South Carolina. That eclipse occurred at 28º Leo, adding even more power to the symbolism of Trump’s ascendancy. But today we are a mere few weeks from the "Great Conjunction" of Saturn and Jupiter at 0º Aquarius, Leo's opposite, adding more power to the symbolism of Trump's fall.

Although Trump is still kicking up a ruckus I believe he is finished and will begin to fade into history. His humiliation only increases with his fight against the inevitable. But the wounds he has awakened in the American psyche are real and raging and will take time, commitment and patience to properly understand and heal. The next few months, perhaps the entirety of 2021, will continue to be a period of reckoning with these wounds, and we shouldn’t assume that any of the powers we align with, including Biden and Harris, have nothing to account for. We are entering a period of heightening archetypal conflict, where past and future, conservatism and liberalism, authority and rebellion, tradition and revolution duke it out for collective integration. The worst thing we can do is blindly polarize to either side, assuming “they” are inherently wrong and “we” are inherently right. This is a cosmic battle, which means it is less about picking sides and more about harnessing the tension of conflict to awaken to new possibilities.

The good that is coming is in the progressive reform that accompanies Jupiter and Saturn moving through Aquarius. I will say more about the astrology of 2021 soon. For now, let us abide in hope, carrying a healing prayer in our hearts for the future of this nation.