Of all the questions which can come before this nation...there is none which compares in importance with the great central task of leaving this land even a better land for our descendants than it is for us.

- Theodore Roosevelt, president during the Progressive Era of the early 1900s 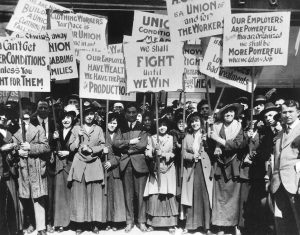 The tide is turning, if slowly and with great effort, towards a more socially progressed world. The reign of conservative leadership in recent years has reached its limit and is quickly losing steam. We find ourselves in a unique position, possibly feeling beaten down by recent events, possibly feeling hopeful for a future refreshed by the outing of corruption and the bonds of solidarity that have risen in response, while justified in holding real hopes for a positive reversal of fortune that uplifts and provides for the populace.

While the situation on Earth is never perfect, and we still have battles to fight and win, I believe we can expect some real reform via progressive policy over the coming years. The challenges we face today and soon to come present us with a direct opportunity to shore up the very framework of our society.

One of the most significant astrological events of our lifetimes occurs on the Winter Solstice, December 21, 2020. It is the precise conjunction of Saturn and Jupiter at 0º Aquarius. It is typical for conjunctions by longitude (that is, conjunct at a degree in a Zodiacal sign) to also be close in proximity by declination. However, this conjunction features these planets at only 1/12th of a declination degree apart, meaning that to our eyes on Earth the two planets appear almost to collide.

That feature in itself carries symbolic importance, as does the point of 0º Aquarius, and that the planets are meeting in an air sign. As to the sign itself, Saturn and Jupiter have not met in Aquarius since 1405, and this conjunction kicks off a series that will have these planets meeting in Aquarius roughly every 60 years for the next 180, a series begun and ended in Aquarius.

Aquarius is connected to humanitarian concerns and collective social progress and presents the challenges inherent in the integration of equality with individuality. Aquarius is associated with rebellions, sudden breakthroughs, revelations in science and technology, and the ideals of liberty. It is also linked with traumas, factional conflicts, and intellectual abstractions dissociated from lived experience. In an ideal sense, after the long hard climb up the mountain in Capricorn, Aquarius represents coming back down to the village, disseminating new knowledge that was gained in the climb.

Meetings of Saturn and Jupiter were thought by ancient astrologers to portend the rise and fall of kings and empires. But we do not live in the monarchical, constantly shifting dynasty-states that were common hundreds of years ago. Given that this conjunction, and all Saturn/Jupiter conjunctions of the next 180 years, is occurring in an air sign, I'm inclined towards seeing the fall/rise dynamic not in the sense of a ruling monarch but in terms of a mode of thinking. We have been collectively ruled by a mental perspective that tells us our value is derived from money, success, good looks, or power over others. Could it be that the king to fall is the dominance of material values (reflected in the recently ended series of earth sign conjunctions) in order to give way to social values? 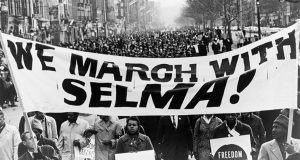 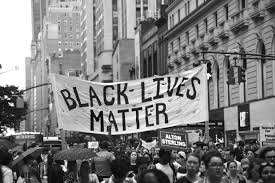 We have history to guide us in this understanding. Every 60 years, Saturn and Jupiter's synodic cycle has included a pattern where, just after their conjunction in Capricorn, Jupiter moves first into Aquarius, followed some months later by Saturn, which transits the sign for about 2.5 years. When we look back every 60 years we see an interesting Aquarian-themed — that is, socially and politically progressive — trend. Keeping to American history: The early 1960s includes the rise of MLK and Civil Rights, the early 1900s, termed the "Progressive Era", and the 1840s, referred to as the "Age of Reform", were periods of reform movements on behalf of women, children, labor, and federal regulations for the public good, and the 1780s features the very rebellion that resulted in the establishment of America itself.

It seems that whenever Jupiter heralds the entrance of Saturn into Aquarius in this way we see a coming together of common people to correct the imbalances of consolidated corporate and political powers of the prior Capricorn phase. This tends to lead to longer lasting reforms that continue to benefit society. Think regulations on food and medicine, labor rights, civil and voting rights, and federally protected national parks.

However, lasting reform does not come easily, instantly, or without sacrifice. Whether the brutalities of white supremacy against civil rights or the murderous responses to labor activists, power does not shift without a grim fight. Today's context is punctuated by what I believe will largely define the battles of this decade: Saturn square to Uranus in Taurus, which I will write about soon.

The sign of Aquarius, in all of its positive and negative aspects, may very well dominate our collective story for the next couple of centuries. After the transits of Saturn and Jupiter, Pluto enters Aquarius in 2024, there for 19 years, initiated with a trine to Uranus, an eminently Aquarian planet. We are just entering a dominantly progressive time and it may be useful to study previous reform eras as microcosms of this time. The experience of history combined with the wisdom of astrology can prepare us for the challenges ahead as we carry the torch of optimism, confident that the moral arc of the future, as the great Capricorn Martin Luther King said, bends towards justice.

6 Responses to The New Progressive Era