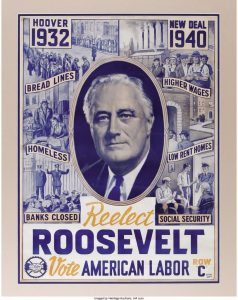 In October of 1929 the New York Stock Exchange collapsed, occurring just after the collapse of the London Stock Exchange and marking the start of the Great Depression. At the time, Saturn was entering into a conflictual square with Uranus, as it was at the start of the Civil War, and as it is today. During each of these periods we see American democracy in peril, even outright attacked, as the country adjusts to fundamental changes to its political, economic, and social fabric. Yet despite the dangers, these periods also tend to trigger collective efforts that result in a more strongly reassembled democracy.

Saturn and Uranus aspects are especially meaningful for the United States, in part because of those planets' associations with democratic ideals and the institutions that serve and enforce them, as well as scientific advances and technological inventions. Democracy in particular is an essential keyword of American rhetoric, as it is of the sign Aquarius, where the nation's Moon is placed, a sign governed specifically by the planets Saturn and Uranus. Most of America's greatest crises and greatest triumphs have occurred while these two planets were in strong aspect.

Moreover, Saturn and Uranus are at a trine aspect in the natal chart of the United States, suggesting what we have already seen many times since the country's founding, that no matter how serious the crisis, American democracy tends to emerge stronger as a result. It's as if each major crisis brings to light deeply dysfunctional patterns that force us as a country to deal with them, as far as we can. This leads to overall improvements that inch us toward a more functional democratic ideal, until the next Saturn-Uranus conflict.

The Great Depression offers us a paradigmatic glimpse: Incumbent president Herbert Hoover tried to recover the economy by cutting taxes and government programs, with the idea that the resulting concentration of wealth at the top would naturally distribute into the populace via charity and industrious job growth. He believed that private industry should remain unencumbered by government interference to handle the crisis.

Hoover's approach was a disaster. The situation only got worse as the American people spiraled further into poverty. Hoover's resulting unpopularity allowed a new visionary president to be elected, namely Franklin Delano Roosevelt.

As Saturn approached a harmonious sextile with Uranus in 1933, FDR's New Deal got underway. This was an approach to the Great Depression very different from Hoover's, one that enhanced government's role in regulating business and supporting the needs of everyday life. FDR was an Aquarius who focused his administration's efforts on Aquarian ideals of social prosperity, inventing new ways to distribute work and wealth, and giving solidarity and purpose to the greater population. The government programs enacted under the New Deal were highly successful at helping the economy recover and preparing the country for its eventual entrance into World War II.

We see a similar crisis and bounce-back of democracy in the 1860s. Just prior to the Civil War, with Saturn and Uranus again entering into a conflictual square aspect, Southern politicians were promoting a style of government that deliberately put wealth and power in the hands of a few white, male plantation-owning enslavers. They declared, in typical oligarchic fashion, that anyone who was not white and rich was of a lower class whose place was to carry the hard burdens unfitting of their elite masters.

Similar to 1932, while democracy was in real peril, it was still functioning well enough for the people to elect another visionary Aquarian: Abraham Lincoln. Lincoln promoted a government infused with the Aquarian spirit "of the people, by the people, and for the people." As Saturn reached a strongly harmonious trine aspect with Uranus, the war was won and slavery was abolished. While the political situation was far from optimal, a great democratic milestone had been reached.

Looking back to FDR, while Saturn and Uranus were at sextile from 1933-1936, FDR's "new deal for the forgotten man" was deployed throughout America. The country had become an exemplar of the power of democracy, until the programs and laws instituted under FDR began to be dismantled in the 1980s by a different kind of Aquarian, Ronald Reagan.

The "Reagan Revolution," begun with Saturn and Uranus in sextile in the early 1980s, was successful at freeing up stagnant capital that stimulated investment and lowered inflation. But Reagan's emphasis on downsizing government led to a vast disparity in wealth concentration. Similar to Hoover, Reagan's rationale was that wealth concentrated at the top would naturally find its way into the pockets of the working class, but the opposite became true as the rich became richer. In the end, Reagan's oligarchic revolution overthrew Roosevelt's democratic one.

Yet the wheel of revolution continues to turn. Saturn and Uranus reach sextile again in 2025-2026. Coming after a Jupiter-Uranus conjunction in 2024, this sextile aspect suggests a relief to social and economic woes, as well as a shoring up of democracy. Similar to FDR's New Deal, structural enhancements that support a better functioning society may burgeon into the societal strata at this time.

In 2025, the years-long aspect of Uranus trine Pluto begins, an aspect that is correlated with economic and cultural booms nurtured by a diverse distribution of people, ideas, money, and technology. These periods also tend to correlate with great wealth concentration, as occurred during the prior Uranus-Pluto trine periods of the Gilded Age and the Roaring 20s. With the emphasis in the late 2020s on the air signs Gemini and Aquarius, innovations in communication, transportation, and social concerns are likely to be at the forefront.

It is understandable for anyone today to feel great anxiety about the direction America is heading. But history and astrology, taken together, give us good reason to remain optimistic for the future of the country. They show us clear cycles of social evolution that appear to take us backward before we move forward. Today's conflictual contractions give way to tomorrow's prosperous expansions. And as we have seen, just when American democracy seems overshadowed by a grave threat, courageous leaders, institutions, and ordinary people arise and reassert more openly, articulately, and durably, the basic democratic principles that reflect the best of what America stands for.