An Arc of Rebellion and Order
Posted on July 31 2021 by Brian Allemana
Category Coronavirus Crisis, General Astrology.  |  No Comments  |  Permalink 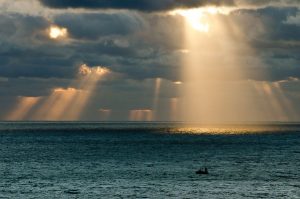 When the first public Covid vaccines were being administered in December 2020, Jupiter was just reaching its conjunction with Saturn in Aquarius. Here we have a symbol of scientific breakthrough, of a collective effort to bring to everyone a humanitarian boon. This conjunction carries the hallmarks of the ancient interpretation of a major regime change, and during those weeks we saw that despite rabid attempts to hold on to power, the incumbent political party in the US was displaced. For many, a sense of optimism was brewing, that perhaps we could move past the traumatic events of 2020. Indeed, the popular hubbub around the 2020 Jupiter/Saturn conjunction echoed the celebratory acknowledgements of planetary alignments from ancient times.

That conjunction, however, was also at a square to Uranus, symbolizing a battle between factions of rebellion and the existing structures of authority. In the US this square was exemplified as Mars, planet of aggression and attack, reached conjunction to Uranus, planet of disruption and rebellion, both making an explosive square to Saturn, the planet of established authority, as the events of January 6th unfolded. From very early on, the year 2021 showed itself to be no less shocking than its predecessor.

As the mess of pandemic and insurrection began to be cleared, it seemed the frenzy was starting to die down. Jupiter and Saturn continued along their path in Aquarius, Jupiter even dipping his toe into the cleansing waters of Pisces, and it began to seem that we might be moving towards a healing resolution of the pandemic. But in June, Saturn and Jupiter turned retrograde, pulling back the energies that drive a functioning society, with the trickster spirit of Uranus still moving direct, and the newer Delta variant rising to wreak a new wave of havoc, even among the vaccinated.

The very concept of a variant is particularly apropos to Uranus. This planet of breakthroughs, breakdowns, and breakups establishes entirely new patterns, or variants, in its wake. Uranus represents that factor in nature that is always seeking new mutations that enable more robust survival, stimulate creative freedom, and illuminate new and better ideas for how to live in this universe of competing power dynamics. On a human level, we see Uranus in action when, for example, we deploy a breakthrough technology — ubiquitous distribution of electricity, new forms of communication, the internet — that helps to equalize each individual's ability to thrive. While the relentless driving force of Pluto is most closely tied to the process of evolution, Uranus is the spark of creative experimental mutation that not only helps a species thrive, but without which evolution could not proceed.

As the summer wears on and we are still in the condition of Saturn and Jupiter retrograde and Uranus direct, we can expect more of brazen mutation running amok. But in late August, Uranus turns retrograde, so that in September we could begin to see a reversal of rebellious powers and destructive variants. Then, in mid October, both Saturn and a little later Jupiter will turn direct, giving us an opposite picture of today. Where we now have Saturn and Jupiter retrograde with Uranus direct, come late October we will have Saturn and Jupiter direct with Uranus in retrograde. A sense of order that has been in retreat will begin marching forward again, while disruptions to order will fade in power.

October through December appear to give the upper hand to the tenets of a functional society, with dysfunctional disrupters lessened. This process will culminate in late December and January, where populist uprisings and established authority face off again in some concrete way. This will be the last exact square between Saturn and Uranus, with another very close to exact square coming in October 2022 (the midterm elections in the US in 2022 look particularly dicey). As we move through 2022 we will reach whatever crises are needed to resolve the Saturn/Uranus dilemma to the best of our ability, and sometime in 2023 we should start to see some signs of repairing, with 2024 and 2025 coming as years of acceleration towards a new kind of growth for humanity and an optimism towards a fresh sense of collective cooperation and liberation.