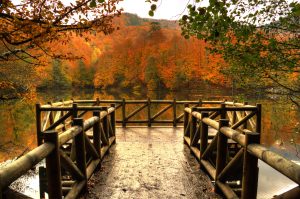 For some time now there has been a crescendoing discussion around a global battle between democracy and autocracy. This battle has become crystallized in the form of the Ukraine war, where autocratic Russian oligarchs are violently asserting dominance over Ukrainian democracy. It is by no means the only arena where this ideological battle is being fought, but it is the most obvious and destructive.

Conflicts between concentrated governmental, military, or economic powers and a popular majority recur fairly consistently during periods when Saturn and Uranus are at square aspect (or right angle from our perspective on Earth). It is as if a societal breakdown is occurring in order to highlight major dysfunctional patterns that require dealing with. The abolition of slavery, the institution of banking protections, and the addressing of climate change are all examples of alterations to societal order in response to a crisis arising during Saturn-Uranus squares.

1860-1862: The American Civil War. It's interesting to note the similarity of political arguments between then and now — state's rights vs federal regulation, political concentration for the benefit of a few (mostly rich and white men) vs distributed political and economic power amongst the populace — resulting in a highly divided political landscape.

1930-1932: The onset of the Great Depression and the inception of fascist governments in Europe, with the Nazi party taking power while Uranus squared Pluto in 1933.

1975-1977: The fall of Saigon. The Vietnam war itself is bookended with Saturn-Uranus alignments. Also relevant to this era are the two oil crises involving Saturn and Neptune: Saturn opposed Neptune in 1973 and Saturn square Neptune in 1978/79.

Every one of the above periods also corresponds with a period of inflation and economic contraction, common to Saturn-Uranus squares. Other examples include 1884/85 (panic of 1884), 1951/52 (post-Korean War inflation, followed by recession), and the "stagflation" of the 1970s.

Despite the grim picture of today, there are good historical and astrological reasons to believe that what we are experiencing is a collective, regressive contraction that will lead to a more peaceful and prosperous expansion. Indeed, each historical crisis listed above had its resolution, but nobody knew what that resolution would be until it came. Years from now we will look back to today and know those answers that are for now totally unknowable. Our psychological task, as it was in those prior dark episodes of history, is akin to Jung’s concept of “the tension of opposites” — by holding the tension of what we cannot solve, a new creative solution arises.

We are living in times when trying to change the outer world feels utterly futile, yet such times are rich with potential through inner work. As we root out outmoded and negative tendencies in ourselves, while applying our best focus to what is in front of us now, we can trust that the future will take care of itself.

4 Responses to History, Hope, and Handling These Times